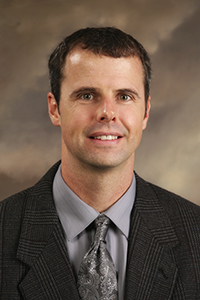 Congratulations to John Dobson, Ph.D., assistant professor with the School of Health and Kinesiology in the College of Health and Human Sciences, for receiving the Georgia Southern University Scholarship of Teaching and Learning (SoTL) Award for his research on teaching and learning.

The award recognizes the body of SoTL work produced by recipients, with a special emphasis being placed on research that has been completed during the past three years. As a recipient of the SoTL award, Dr. Dobson has received a monetary award and has been invited to serve as a featured speaker at the annual SoTL Commons Conference in Savannah, GA.

Dr. Dobson makes the third faculty member from the College of Health and Human Sciences to be awarded this honor since the award was created in 2009. Further details about the SoTL Award can be found at http://academics.georgiasouthern.edu/sotlgsu/awards/.