Department of Health Sciences and Kinesiology 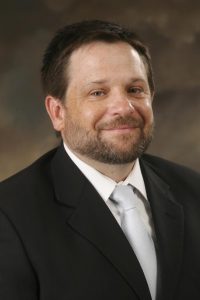 Charles “Hal” Wilson Jr., Ph.D., assistant professor of coaching education in the School of Health and Kinesiology, served as guest editor for a virtual special issue of “Quest” featuring stories on coaching. “Quest,” the leading journal for interdisciplinary scholarship for kinesiology professionals in higher education, publishes research that addresses issues and concerns relevant to the field of kinesiology four times a year.

“It was an honor to serve as a guest editor,” stated Wilson. Wilson was asked to be a guest editor by Doug Hochstetler, Ph.D., editor of “Quest.”

The appointment as guest editor was made based on his “theoretical and practical knowledge of the coaching field, his scholarly work, which is focused on coaching and coaching education, his teaching in the area of coaching education, and his extensive experience in coaching,” stated Hochstetler. “Wilson has served as a guest reviewer for ‘Quest’ in the past and is an active member of our professional organization, National Association of Kinesiology in Higher Education.”

Department of
Health Sciences and Kinesiology

Many of the clinical programs offered by the Waters College of Health Professions require a clinical internship or practicum experience to fulfill degree requirements. Pursuant to the University's legal agreements, participants in clinical experiences are required to abide by the workplace rules of the clinical site. The University is aware of recent federal requirements that would mandate vaccination against COVID-19 for those working in certain settings, including health care. At this time, we expect that these new requirements may significantly impact our ability to locate a placement for students who remain unvaccinated. As always, WCHP will continue to make every effort to place students at clinical sites. However, please be aware that we may be unable to locate a site to accept unvaccinated students, which may cause a delay or inability to progress and complete the program of study.