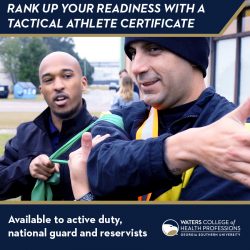 Janna Hines, a senior communication sciences and disorders major from Columbia, South Carolina, has been named a recipient of the Southern Talon Award. The award is presented annually to students with over 60 credit hours who have demonstrated significant commitment to enhancing campus life at Georgia Southern University.

“Receiving the Southern Talon Award means that I made an impact on the Armstrong Campus during my time here as a student. Being chosen to receive the award is something that my family and I are very proud of,” stated Hines. “I am very thankful for the committee who chose me and the organizations that I am a part of for allowing me the opportunities to serve them and to serve the student body.”

Currently, Hines serves as a Southern Ambassador, co-event coordinator for the International Student Organization, was recently elected treasurer for the Rotaract Club and is involved with NSSLHA. She has been awarded Facility Attendant of the Year for the Student Recreation Center and most recently has been offered the supervisor position at the Center and the PR and social media lead team position for the Southern Ambassador team.